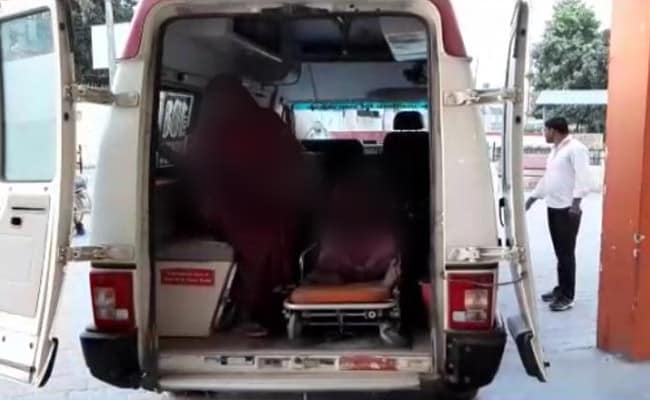 The woman’s mother took her to hospital.

A man who has been arrested in Uttar Pradesh’s Rampur district, about 200 km from Delhi, has admitted to police he stitched his wife’s genitals with aluminum wires because he suspected she was cheating on him.

The shocking incident took place on Sunday in the western UP district. Visuals from a state-run hospital showed the woman being brought there in an ambulance.

She could be seen walking in pain with the help of two other women, one of them her mother.

After attacking his wife, the man, who reportedly works as a driver, ran away from his home. The woman, in extreme pain, managed to call her mother who lives in a nearby village .

The mother then alerted the police, and also arranged for an ambulance to bring the woman to a local hospital from where she was taken to the larger government facility in Rampur town.

“She used to meet other men in the village and had illegitimate relation with them. I asked her about it and told her it wasn’t right. I had spared no effort in providing for her. When I got very angry, I used aluminum wires to stitch her private parts (genitals),” the man, who has been arrested, is heard saying in a video statement after his arrest.

Police said action was taken as soon as the information on the case was available. “We also got a medical test of the woman done immediately, and based on the nature of injuries, we have added appropriate sections of IPC to the first information report (FIR),” Shogun Gautam, the police chief in Rampur, said in a video, released on Twitter.