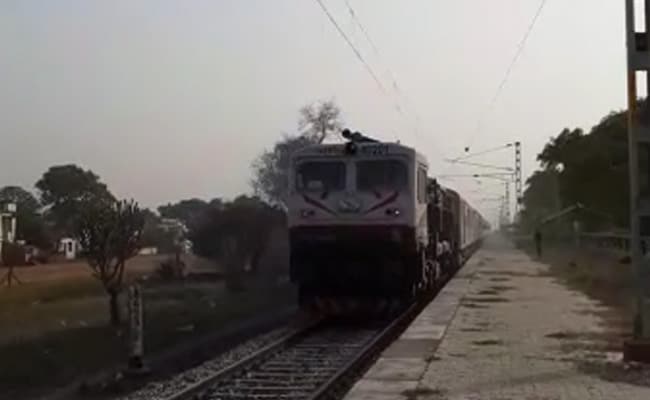 Visuals show the train passing through a station at a considerable speed.

A train going from Delhi to Uttarakhand’s Tanakpur district rolled backwards for over 35 kilometres after it developed a technical snag. It was finally stopped at Khatima, nearly 330 kilometres from the national capital.

According to reports, the driver of the Purnagiri Jan Shatabdi Express had to slam brakes to avoid collision with a cow that had strayed onto the tracks. After the incident, the driver lost control of the locomotive and the entire train started rolling backwards.

Visuals show the train passing through a station at a considerable speed. What is unusual in the clip is that the train is pulling the locomotive, amid jeers from the onlookers.

After the train was stopped at Khatima, the passengers were sent to Tanakpur by bus.

A technical team from Uttar Pradesh’s Pilibhit has reached Khatima to investigate what led to the incident.