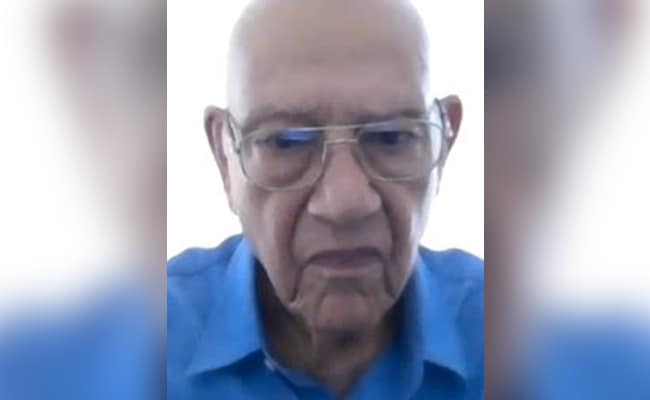 Julio Ribeiro, the former top cop of Mumbai, Gujarat and Punjab, whose name was suggested by Nationalist Congress Party chief Sharad Pawar today to investigate the corruption allegations against Maharashtra home minister Anil Deshmukh,  has said he would not take up the job even if it is offered.

“I would not like to touch this kind of murky situation,” Mr Ribeiro told NDTV in an exclusive interview. “I would not touch this with a barge-pole… this is a very tricky situation and I do not know where all this is going to lead to. It is better for the politicians to settle it themselves,” he added.

The allegations against Mr Deshmukh — that he had roped in senior officers for an extortion racket and influenced investigations — were made in a letter by Param Bir Singh, who was moved from the top post of the Mumbai police to the Home Guards last week.

Mr Singh was transferred after police officer Sachin Waze was arrested in a case involving a car-full of explosives found near the home of Reliance chairman Mukesh Ambani earlier this month. There were allegations that Sachin Waze was linked to the death of a man believed to be the owner of the SUV.

Amid a huge political storm, Sharad Pawar told reporters this evening that there should be a detailed investigation and suggested Mr Ribeiro’s name. “Julio Riberio’s credibility is such that no one can interfere or influence his investigation,” Mr Pawar said.

As the state’s opposition BJP demanded Mr Deshmukh’s removal, Mr Pawar, an ally in the ruling Maharashtra Vikas Aghadi, had questioned the timing of the revelations.

The 92-year-old who headed the Mumbai police from 1982 to 1986 and later the police of Punjab and Gujarat, said such a thing could not have happened in his day. “If now IPS officers are suspected of extortion and we should all hang our heads in shame,” he said.

Asked about the allegations against arrested Sachin Vaze – who was accused of having links with the owner of the explosives-laden SUV found near the Ambani home, Mr Ribeiro said the officer could not have done this on his own.