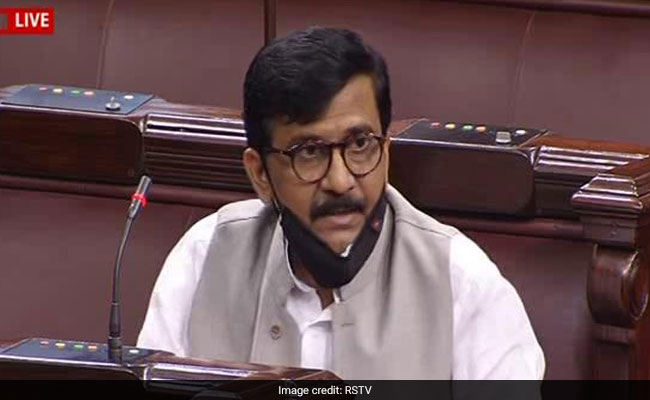 “If the government is ready to take up the challenge for a probe then what is the problem,” Sanjay Raut

As the demand for Mr Deshmukh’s resignation grew louder, Mr Raut said if the Nationalist Congress Party (NCP) feels that there is no evidence against him then what is wrong with it.

“If the government is ready to take up the challenge for a probe then what is the problem,” he posed. Mr Deshmukh belongs to the NCP.

The NCP has strongly backed Mr Deshmukh and ruled out any possibility of his sacking.

Mr Raut said Singh’s letter to Chief Minister Uddhav Thackeray cannot be proof against Mr Deshmukh. He expressed confidence that the Mahavikas Aghadi government will complete its full term and stressed there was no difference among the alliance partners, the Shiv Sena, NCP and Congress.

When asked about the demand from some quarters to impose President’s rule in the state, Raut said, “Instead, the cntre should be dismissed because this is an encroachment on the rights of the state through its agencies.”

Mr Singh, a senior IPS officer, who was transferred to the low-key Home Guards on March 17 following the arrest of police officer Sachin Waze in the case related to the bomb scare near Mukesh Ambani’s house Antilia, in a letter to the Maharashtra chief minister said he was made a scapegoat.

In the eight-page letter to Chief Minister Thackeray, Mr Singh alleged that Mr Deshmukh used to call police officers to his official residence and give them a “collection target” from bars, restaurants and other establishments.

On Monday, he moved to the Supreme Court seeking a CBI probe into his charges.

In Lok Sabha, Shiv Sena member Vinayak Raut strongly defended the MVA government and claimed that the BJP has been hatching a conspiracy to defame the Shiv Sena-Congress-NCP dispensation for the last 14 months so that a BJP government can be installed there.

“The issue is nothing but a part of BJP”s big conspiracy,” Vinakay Raut claimed.

He also dubbed Mr Singh as the “most corrupt police officer”.