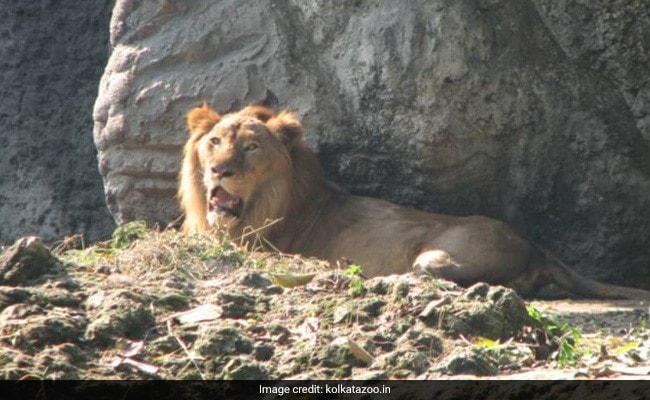 “Dressed as a sadhu”, he had bought a ticket and entered the zoo, officials said. (Representational)

A 40-year-old man was seriously injured today at Kolkata’s Alipore Zoo after he was attacked by a lion. The man, identified as Gautam Guchait, had jumped inside the lion’s enclosure; officials believe he was drunk.

Before he could be rescued, he was already attacked by the lion, and he sufferered injuries on shoulder and neck. “Dressed as a sadhu“, he had bought a ticket and entered the zoo, officials said.

Alerted by other visitors, when zoo workers reached the enclosure, he was found lying on the ground. The man “somehow managed to climb the boundary wall before jumping over the two netted-boundaries to get inside the enclosure. The lion, which was out of its cage, attacked the man. He has been very badly injured,” an official was quoted as saying by news agency PTI.

Shortly after the rescue, his family in East Midnapore district, about 120 km from Kolkata, was contacted. He was rushed to SSKM Hospital in Kolkata.

A policeman told news agency PTI that surveillance footage was being checked to get the details of the incident.

A similar incident was earlier reported from Kerala in 2018. A shocking mobile phone footage shows a man jump into an open enclosure housing lions at the Thiruvananthapuram Zoo. However, he was overpowered by security officials who dragged him away to safety.

In Hyderabad, a 35-year-old man, who jumped into a lion’s enclosure at Nehru Zoological Park 2016 was sentenced to four months imprisonment by a local court. He was also drunk at the time of incident, officials said.

(With inputs from PTI)