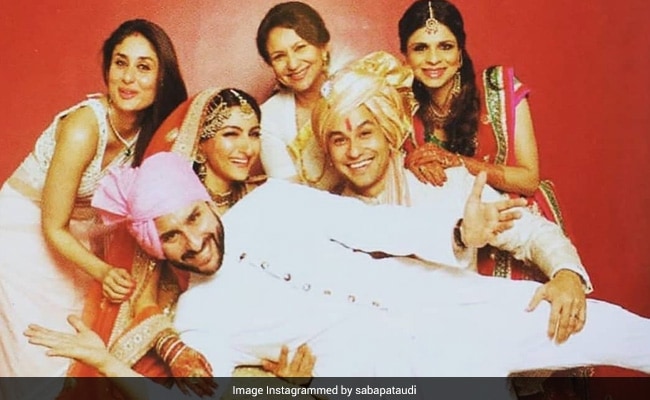 Soha Ali Khan’s sister Saba Ali Khan, on Wednesday, shared an unseen picture from the actress’ wedding album and it is special for many reasons. First, it features their brother Saif Ali Khan and his wife Kareena Kapoor and second, veteran actress Sharmila Tagore can be seen happily posing with her son and daughters in it. Soha Ali Khan and actor Kunal Kemmu got married in a private ceremony on January 25 in 2015. Soha picked a cream and orange lehenga-choli for her wedding while Kunal went for a gold sherwani. In the photo, Kareena Kapoor looks gorgeous in a white saree while Saif Ali Khan can be seen complimenting her in a white outfit.

Saba Ali Khan has been sharing pictures from Kareena Kapoor and Saif Ali Khan’s wedding, as well as adorable photos of their son Taimur since last week. Check them out here: