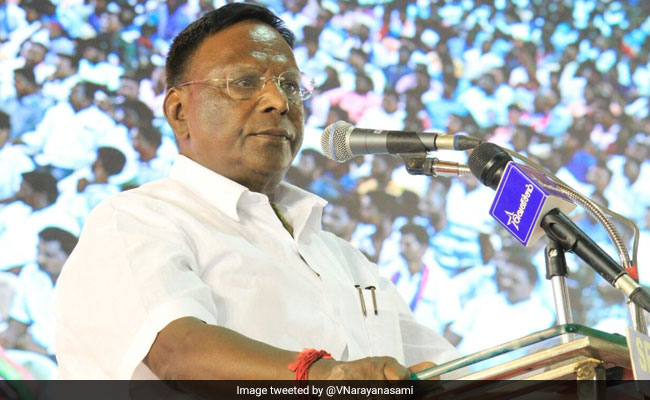 “Former Chief Minister V Narayanasamy will not contest the 2021 assembly elections in Puducherry. He will look after the campaign and election management,” Mr Rao told ANI.

Meanwhile, the Congress Party released a list of 14 candidates for the Puducherry assembly polls.

Among the key candidates, P Selvanadane will contest from Kardirgamam assembly seat, M Kannan From Indira Nagar, Karthikeyan from Oussudu and Ramesh Preambath from Mahe.

Polling for 30 assembly seats in Puducherry will be held on April 6.

Of the 30 assembly seats, five are reserved for the Scheduled Caste candidates. As many as 10,02,589 electors will choose the candidates for the 15 legislative Assembly seats of Puducherry. The Congress-led government in the union territory fell before completing its five-year term under Chief Minister V Narayansamy.

Mr Narayanasamy had resigned on February 22 ahead of a floor test in the 33-member House (including three nominated) following the resignations of five Congress and one Dravida Munnetra Kazhagam (DMK) legislators. On February 23, President Ram Nath Kovind accepted the resignation of Narayanasamy and his council of ministers.

In the 2016 assembly polls, Congress had won 15 seats, All India NR Congress eight seats, AIADMK got four seats, DMK walked away with two MLAs. BJP could not win any seats.