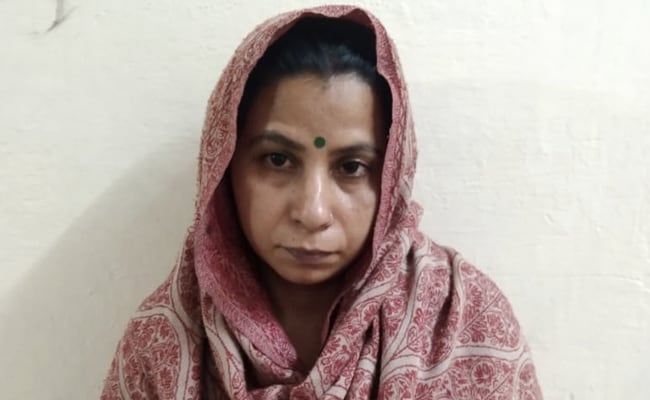 The police has arrested 41-year-old Babita in the murder case of her husband.

The police have arrested a 41-year-old woman for conspiring with a person, with whom she was allegedly having an affair, to kill her husband who was yesterday shot at in South Delhi’s Defence Colony area. The victim, a contractual driver with BSES Rajdhani Power, survived the gunshot to his neck.

The police today arrested the woman, identified as Babita, and her partner, 23-year-old Rohan, who attacked her husband, the 45-year-old Bhimraj, a resident of Chirag Delhi.

The incident took place yesterday morning a little before 9am – the police were informed that a motorcycle rider had shot Bhimraj while he was inside a car in the Andrews Ganj locality.

The injured man was shifted to the All India Institute of Medical Sciences (AIIMS) where he is undergoing treatment. Prima facie, the police viewed the incident as based on enmity, according to a PTI report.

CCTV footage from the area showed the bike used by the attacker, but the registration number was not immediately visible, a police statement said. An expanded search led the police to zero-in on the number, based on which they used the insurance details to approach a resident of the Rana Pratap Nagar shantytown. The man, however, said he had sold the boke to a persona named Lakhan, a Kamala Nagar resident. Lakhan, in turn, led the police to Rohan, alias Manish, of Govindpuri, to whom the vehicle had subsequently been sold, the police said. The police also found CCTV footage of Rohan walking away after parking the bike and carrying a helmet. 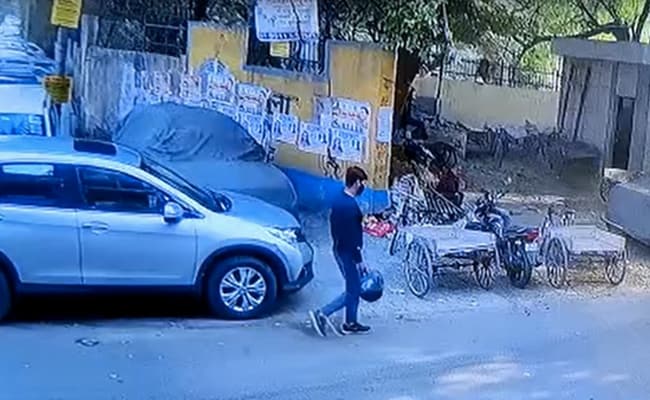 CCTV footage shows Rohan walking by after parking the bike.

On being questioned, Rohan initially told officials that he had been in a confrontation with Bhimraj in a road-rage incident a few days ago. Yesterday’s attack, he said, was a culmination of that quarrel. The investigators, however, felt something amiss after going through the victim’s and Rohan’s call records. Further questioning unravelled the 23-year-old’s story, according to the police.

He then revealed his four-month-old romantic affair with Babita, and told the police that Bhimraj, after coming to know of the matter, had beaten up his wife. She, in turn, asked Rohan to kill him so that they could unite, the police said. On her instigation, he bought a country-made firearm and ammunition and carried out yesterday’s attack.