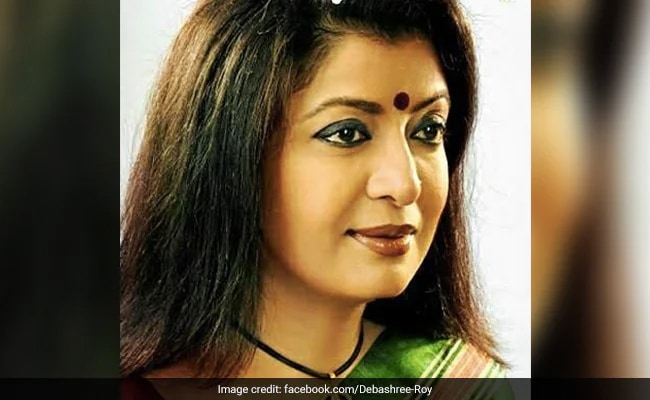 Actor-politician Debashree Roy, a two-time Trinamool Congress MLA, quit the party on Monday after being dropped as a candidate for the Bengal election starting later this month.

Debashree Roy, 59, wrote in a letter to the party that she did not want to be associated with the Trinamool Congress anymore. She had been on the verge of quitting the party back in 2019.

“Although I don’t hold any post in the party, I felt it is necessary to write this letter as I wanted to inform the leadership that I don’t want to be associated with the TMC anymore,” she said in her letter to the party’s Bengal chief Subrata Bakshi.

She had been resentful of her party for some time now, and had reportedly felt slighted. The last straw was when she was dropped as a candidate.

Debashree Roy is a two-time MLA from Raidighi in south 24 Paraganas.

Asked whether she was headed to the BJP, she said she would concentrate on her acting projects but was open to joining any party “if there is a concrete proposal”.

In 2019, Ms Roy almost joined the BJP but her move was stalled when former Kolkata mayor Sovan Chatterjee and his friend Baisakhi Bandopadhyay, after defecting from the Trinamool to the BJP, opposed the actor’s entry. According to reports, the actor had even shown up at the BJP office but left when her induction was blocked.
Sovan Chatterjee quit the BJP on Sunday after he was not named as a candidate.

Bengal will vote for a new government in eight rounds from March 27 and the results will be announced on May 2.

Debashree Roy, a popular star in the Kolkata film industry, is the latest chapter in the Trinamool’s story of exits this election season.
The mass exodus in December, led by Mamata Banerjee’s former lieutenant Suvendu Adhikari, settled down to a trickle from the Trinamool to the BJP but has not stopped even days before the vote.