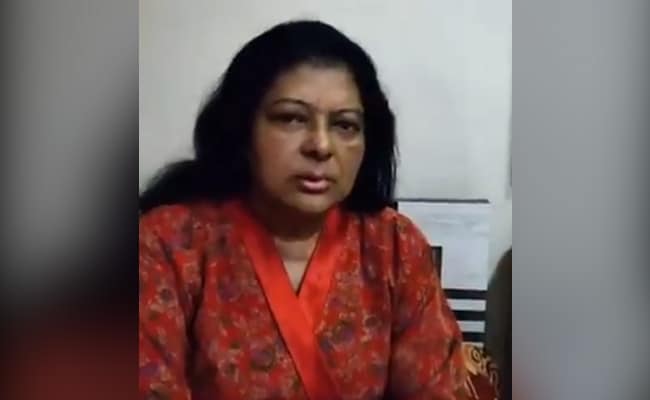 The Trinamool Congress, meanwhile, took stinging jibes at the BJP over the fiasco (File)

Moments after the BJP released its second list of candidates for the Bengal elections on Thursday, the party’s nominee from Kolkata’s Chowringhee assembly constituency claimed that her name was announced without her consent.

Sikha Mitra, the wife of late Congress leader Somen Mitra, has said she will not contest the elections starting March 27.

“No, I am not contesting from anywhere. My name has been announced without my consent. Also, I am not joining the BJP,” she was quoted as saying by news agency PTI.

Following her meeting with BJP leader Suvendu Adhikari, there were rumours of her joining the party.

This could prove to be a major embarrassment to the BJP, which is already battling resentment in its ranks over poll tickets to ex-Trinamool leaders.

The Trinamool Congress, meanwhile, took stinging jibes at the BJP over the fiasco.

“…BJP finally announce West Bengal candidates after two weeks and those on list say they’re not in the BJP and they are not running on a BJP ticket. Time for some homework, Mr Shah,” Trinamool MP Mahua Mitra tweeted.

“Every time BJP announces a list of candidates for Bengal Elections 2021, you can make an omelette …so much egg on their face,” he tweeted.

The BJP on Thursday announced its second list of candidates, naming 157 candidates for the phases five, six, seven and eight. With the list including nine outgoing Trinamool MLAs, protests broke out.

Last week, a 31-year-old Tribal man, enlisted by the BJP to contest next month’s Kerala elections from the Mananthawady seat in the Wayanad district, had declined to contest the polls and announced he was quitting politics.

The multi-phased elections to Bengal, Assam, Kerala, Tamil Nadu and Puducherry assemblies will end on April 29. Counting will be held on May 2.