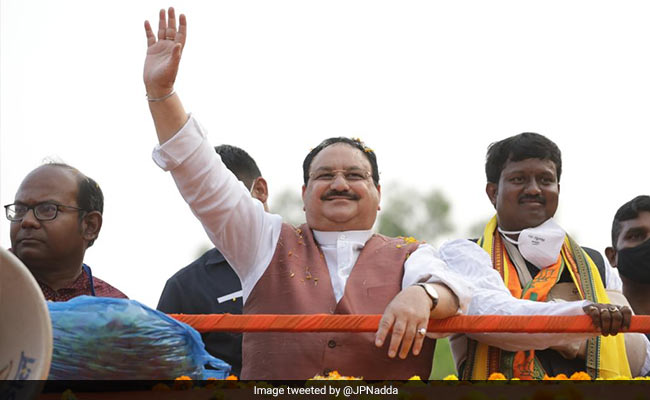 The BJP on Tuesday released its manifesto for the forthcoming Assam Assembly election, the first phase of which begins Saturday. The ruling party made 10 promises – from a “flood-free Assam” to a “corrected NRC (National Register of Citizens)”.

The manifesto made no mention of the controversial CAA (Citizenship Amendment Act), which triggered violent protests in the northeastern state after parliament cleared it in December 2019.

Crucially though, BJP chief JP Nadda, who released the manifesto, later told media that the CAA would be implemented in Assam since it is a law passed by the centre. The BJP, previously, made no secret of its desire to see the law implemented across the country.

Implementation of the CAA – for which rules are still being framed – has been delayed because of the coronavirus pandemic, Home Minister Amit Shah said in December.

Last month the centre said it would take till July 9 for these rules to be written and put into practice.

Protests against the CAA were intense in Assam, where a strong student-led movement led to clashes with police, imposition of curfews and suspension of internet services.

The BJP has not been as reticent on the topic in Bengal, where implementation of the CAA has been made a poll promise. Bengal, like Assam, votes for a new Assembly starting Saturday.

Meanwhile, as he released the BJP’s manifesto on Tuesday, Mr Nadda revealed that under “Mission Brahmaputra” the party would work to stop annual flooding in the state. The party also promised to build reservoirs to store excess water from the Brahmaputra and its tributaries.

Another major promise is to empower women via “Orunodoi”, a flagship scheme of the state government that sees monthly payments Rs 830 to deserving households. This will be extended to Rs 3,000 covering 30 lakh families, the party said.

‘Namghars‘, or Vaishnavite monasteries, will be given grants of Rs 2.5 lakh, and an entrepreneurship scheme will also be launched.

Another promise is to reconcile NRC entries under the mandate of the Supreme Court. This will be initiated in a structured manner to protect ‘genuine’ Indian citizens and exclude illegal immigrants.

The Assam NRC was published in 2019 and excluded 19.06 lakh people but has been stuck in court challenges since; the BJP had rejected it, claiming there were many wrongful inclusions.