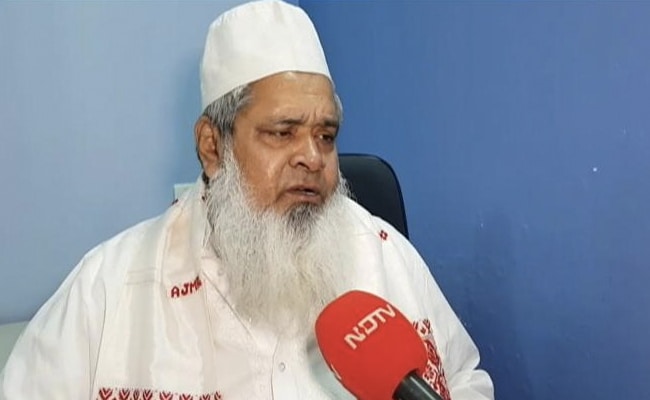 Am BJP’s Only Target, Can Swing 35% Votes, Says Maulana Badruddin Ajmal Of AIUDF

Maulana Badruddin Ajmal, the chief of AIUDF, has said he is the only target of the BJP in Assam. He said he can sway 35 per cent votes in favour of the Congress-led alliance or mahajoth, of which he is a key ally.

“I am not the only target for the BJP, they want to finish me off politically. They know I have a hold on about 35 per cent votes. If it works my way, they will not remain in power. I can sway these votes in favour of the alliance,” Mr Ajmal told NDTV.

The AIUDF is contesting some 19 seats as a part of the grand alliance. This is the first time the AIUDF has formed a pre-election alliance with its former rival, Congress.

In the 2016 assembly election, division of voters between the Congress and the AIUDF led to a BJP victory in over 20 seats.

A large part of BJP’s election campaign attacks are directed at Mr Ajmal. The perfume baron who is also a cleric and his party have been termed “communal” and “protectors of illegal Bangladeshis” by the BJP.

“Listen to my lectures in the past. You will see my point is clear. Drive out those who are illegal migrants. For 60 years, politics has been played in Assam in the name of Bangladeshis to secure power,” Mr Ajmal said.

On the tie-up with Congress, Mr Ajmal said, “Congress is the only party that can take on the BJP and that’s why we have formed the alliance. I will campaign in the minority areas, and where there are even Congress candidates I will campaign for them,” he said.

Mr Ajmal ruled out any possibility of him becoming the chief ministerial candidate of the alliance, adding the BJP was spreading propaganda.

“BJP is a communal party. They want to build a Hindu rashtra (nation). We are fighting for secularism. Look at the status of the state. There is no new industry, the two paper mills have shut down. The CAA (Citizenship Amendment Act) has not been implemented. The National Register of Citizens is stuck… There is unemployment and price rise,” Mr Ajmal said.