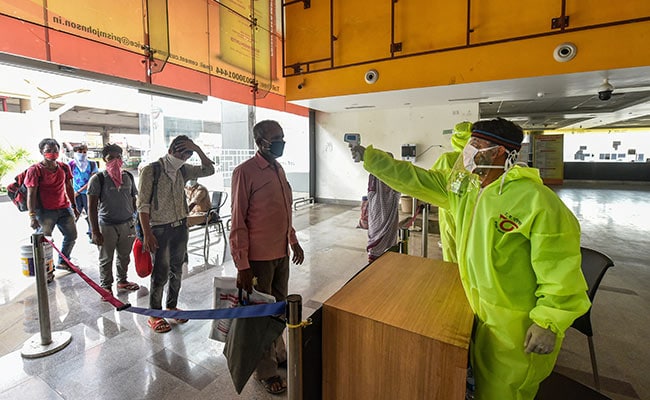 Coronavirus: India has logged over 1.14 crore cases so far.

Four hundred coronavirus patients in India have so far have been found to be affected with three mutant variants first detected in the United Kingdom, South Africa and Brazil, the government said today amid a worrying surge in several parts of the country. Of these, 158 cases were reported in the last two weeks.

On March 4, there were 242 such cases across the country, the centre said.

The three variants are believed to be more contagious or easier to catch. These three mutated variants also have the potential to re-infect people who have been previously infected with SARS-CoV-2, Minister of State for Health Ashwini Choubey told the Rajya Sabha on Tuesday, citing findings from World Health Organization.

“No case of re-infection by mutant variants of SARS-CoV-2 virus has been reported from India so far,” the Minister said.

The mutant strain from the United Kingdom was first reported in India on December 29 in six passengers who had returned from Britain. These were also the first cases of a mutant strain in the country, which has logged the second highest Covid infections in the world after the United States.

The UK strain, which had triggered panic worldwide about three months ago, had also led to travel restrictions in India with the government announcing a temporary ban on flights.

The government had released details of the genomic surveillance consortium INSACOG, which has been formed to detect the presence of different strains of coronavirus in India.

India has been seeing a huge surge in daily Covid infections over the last few days; it logged more than 20,000 cases everyday over the last one week.

35,871 new cased were reported in the last 24 hours taking the tally to 1.14 crore total infections, the government said this morning. This is the biggest daily surge since early December.