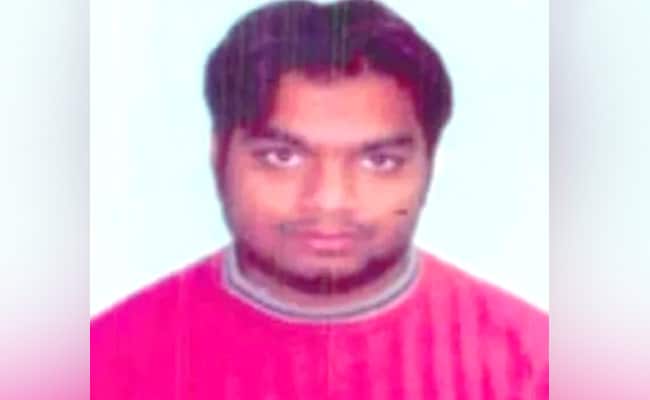 Indian Mujahideen terrorist Ariz Khan, convicted in the killing of a police officer in the 2008 Batla House encounter in Delhi, was sentenced to death on Monday. The encounter between the Delhi police and a bunch of terrorists holed up in the South Delhi neighbourhood had led to the death of Inspector Mohan Chand Sharma while two others sustained injuries.

A native of Azamgarh in Uttar Pradesh, Khan was arrested by the Delhi police’s Special Cell in February 2018 after fleeing the spot in 2008. He was convicted in the case last week. Khan is also the alleged mastermind of the 2008 serial blasts across Delhi, Rajasthan, Gujarat, and Uttar Pradesh.

The police sought the death penalty for Khan saying it was not just any killing but a murder of a law enforcement officer who was a defender of justice. Additional Public Prosecutor AT Ansari, appearing for the police, said the case attracts exemplary punishment, which is capital punishment.

Advocate MS Khan, appearing for Ariz Khan, opposed the death penalty and said the incident was not premeditated.

The court had said on March 8 that it was “duly proved that Ariz Khan and his associates caused the murder of police official and fired gunshot on the police official”.

Calling it one of the “rarest of the rare cases” that merit the death penalty, Additional Sessions Judge Sandeep Yadav on Monday also imposed a total fine of Rs 11 lakh against Khan. The court said Rs 10 lakh should be immediately released to the family members of Inspector Mohan Chand Sharma.

In 2013, one Shahzad Ahmed, who, too, had escaped the Batla House shootout with Khan, was convicted and sentenced. Two of their accomplices, Atif Amin and Mohammed Sajid, were killed in the incident. A third, Mohammed Saif, was arrested from the location.

The multiple bombings linked to Ariz Khan rocked cities like Jaipur and Ahmedabad, apart from the national capital itself, in 2008 and saw 165 people losing their lives and over 500 injured in all. A reward of Rs 15 lakh had been declared on him, besides an Interpol Red Corner Notice.

A BTech graduate from Muzaffaranagar’s SD College, Khan is an explosives expert. He was inculcated into the jihadi network by Atif Amin, who died in the Delhi shootout. After the 2008 blasts, he had shifted his base to Nepal and acquired a Nepal passport under the name Salim. He opened a restaurant there and also taught students.

During his Nepal days, he came in contact with Riyaz Bhatkal who then inspired him to relaunch Indian Mujahideen. In 2014, he visited Saudi Arabia, looking to strengthen the terror organisation, and interacted with many IM and Students Islamic Movement of India (SIMI) personnel.

In 2017, Khan returned from Saudi Arabia to lay the groundwork for IM’s revival. He was visiting India on February 13, 2018, when he was arrested at the Banbasa border point between India and Nepal. The police got a whiff of his plans through SIMI activist Abdul Suhan who had been arrested a month earlier.