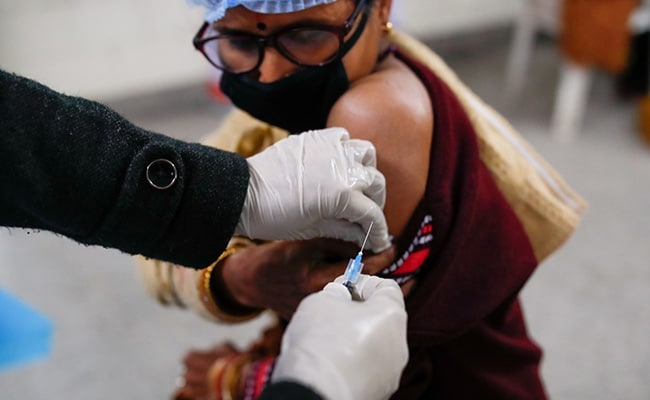 The elections in the state were scheduled to be held in two phases — on February 21 and February 28, the State Election Commission (SEC) said last month.

Farmers protesting against the Centre’s farm laws are teaming up with Dalits as part of their plan to take the protest across the country. The idea is to focus on eliminating the caste divide and give the protest a pan-Indian, broader base.

A mahapanchayat with Dalits was held in Haryana’s Hisar on Saturday, at the town of Barwala, which was attended by farm union leader Gurnam Chadhuni.

Twenty per cent of Haryana’s population belongs to the Scheduled Castes.

At the meeting, Mr Chadhuni called for greater cohesion between farmers and Dalits. A resolution was passed asking farmers to have images of Dalit icon BR Ambedkar in their homes. Dalits were asked to keep images of Sir Chotu Ram — a prominent Jat political leader in British India.

Herd immunity for coronavirus is a “myth” in India because at least 80 per cent people need to have antibodies for the whole of the population to be protected, Dr Randeep Guleria told NDTV on Saturday. This, he said, would be difficult if one takes into account the new Indian strains found in Maharashtra — which could be highly transmissible and dangerous.

The new variant, he said, can even cause re-infections in people who have developed anti-bodies to the virus.

240 new strains of the virus have surfaced across India, which are behind the fresh surge of infections the state has been witnessing since last week, Dr Shahshank Joshi, member of Maharashtra’s Covid Task Force has told NDTV.

So far, the South American country has vaccinated more than 5.75 million people against COVID-19, or 2.72 per cent of the population.

Kuwait’s Civil Aviation Authority on Saturday announced it was extending an entry ban for non-Kuwaiti citizens until further notice as part of coronavirus restriction measures, it said on Twitter.

Citizens are still allowed to enter but they must spend a week in quarantine at a hotel and another week at home.